The creature creation process must encourage efficiency and facilitate exploration. Later decisions should build on earlier decisions rather than be hindered by them.

This process helps make the right decisions at the right time.

When the rigged character is signed off, work can start on the shots.

Creatures start with words, and a purpose. Some of this written down. Some simply felt. Others need to teased from the directors imagination.

Verbal descriptions must be transformed into something we can see. What does “quick” look like? Abstract ideas are not enough. Questions must be answered so our limitless imagination can be distilled into a single form.

Mood boards are an effective starting point for any design process, and can be quickly created from Internet images.

Anything that we ‘feel’ connects to the design is suitable.

We might look for specific individual features Like: Silhouette, colouring, skin or, materials. or just something that reflects the right tone.  Images do not need a direct correlation eg: for a robot we could include seashells or a for spaceship perhaps squids.

They give the team something to point at. While making visual decisions. It much quicker to point at something and say I like or don’t like that .

As the design progresses mood boards become the start of a visual reference that grounds the design in reality.

It may not be possible to incorporate all the collected visual elements together. If different routes emerge for the design (e.g. fat vs thin ) then a decision need to be made on which route to follow before moving onto the next stage.

Here we start to collate disparate mood board images into a coherent design.

Small thumbnails sketches or simple black and white silhouettes are very useful in the initial stages.
It can be a mistake to get distracted by details early on. The basic idea is enough.

Good thumbnails can be very suggestive of the final form. We can see that strong cartoon silhouettes are easily recognisable. 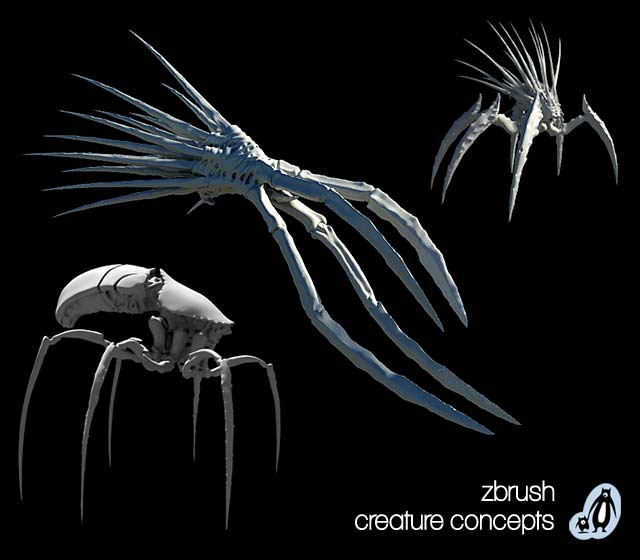 Soon we should have a sense of what works and what doesn’t work. At this point we can add some mid-level detail to one or two of our designs. Polished production illustrations always great to see. Modern 3-D sculpting tools like Z Brush enable artist to quickly concept models in 3-D. This can be a great timesaver when moving forward into the next age.

Once the scale and form of the creature have been finalised and signed off. The final zbrush sculpt can begin. This process can take a very long time and it’s not something we want to redo. Ideally the main features have been made clear by the concept development, so all that is left is the finer details.

Retopologise to create a subdivision cage.

There no automatic method of going from a high res 3d sculpture to an animated creature. But there are a variety of tools that can help. Various tools allow us to paint new polygons over an hi resolution existing model. The new surface is sucked down and conforms to the old one. Slowly a new mesh is built up that follows the contours of the original.

Create an animation rig to test and finalise the mesh topology.

There’s no point creating a beautiful character model if it falls apart when it moves.

Paint textures for diffuse colour and other material qualities.

Rough materials have little shine where as smooth metals can be almost perfect mirrors. CG methods are constantly evolving and with latest tools we can now paint with materials rather than just colour.

A few work in  progress shots of my sci-fi concept vehicle. Straight out of 3dsmax using VRAY. Not really meant to be seen this close hence the minimal detailing and texturing. 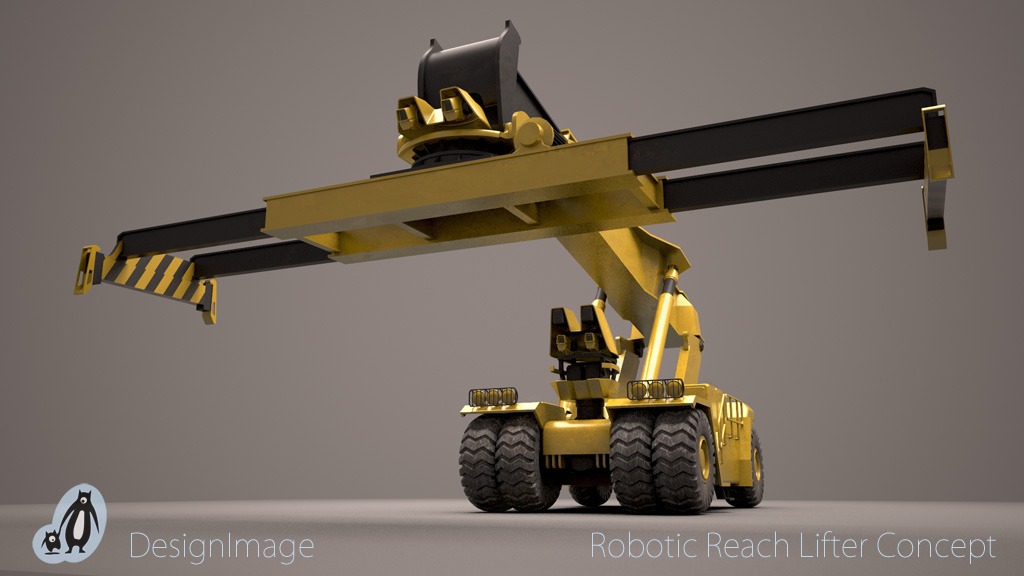 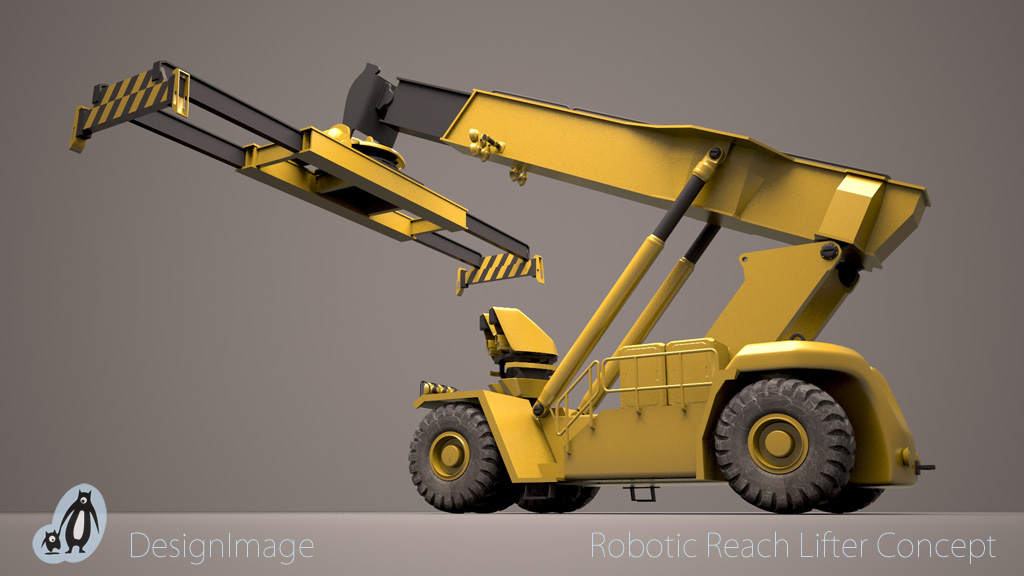 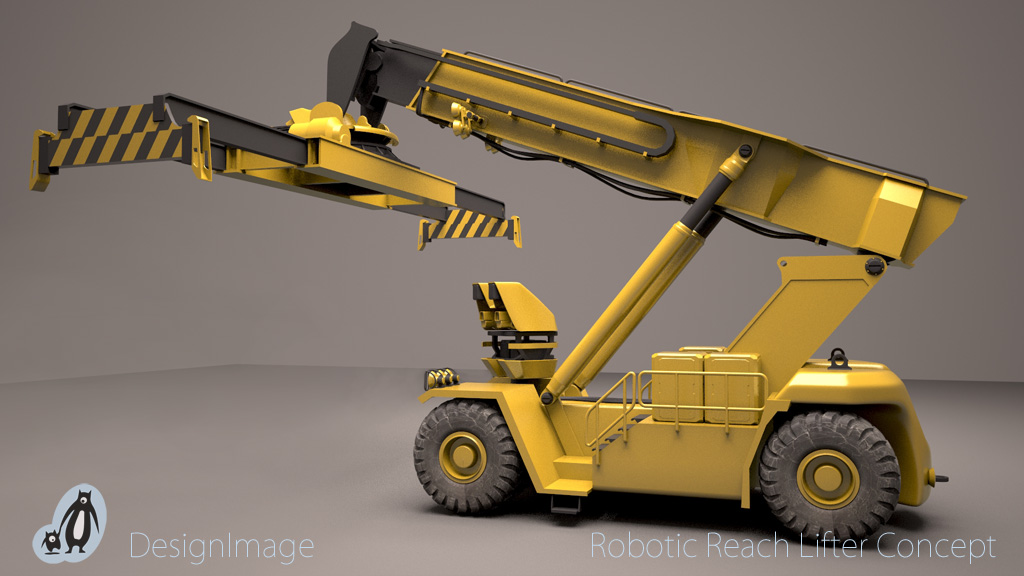 So… I’ve been thinking about making a live action short. With everything else that’s going on I can’t image shooting until much later in the year. I’ll post some pre-production stills as and when I make them.

This is version’s kinda half finished. It needs another manipulator arm and more detail around the engines. 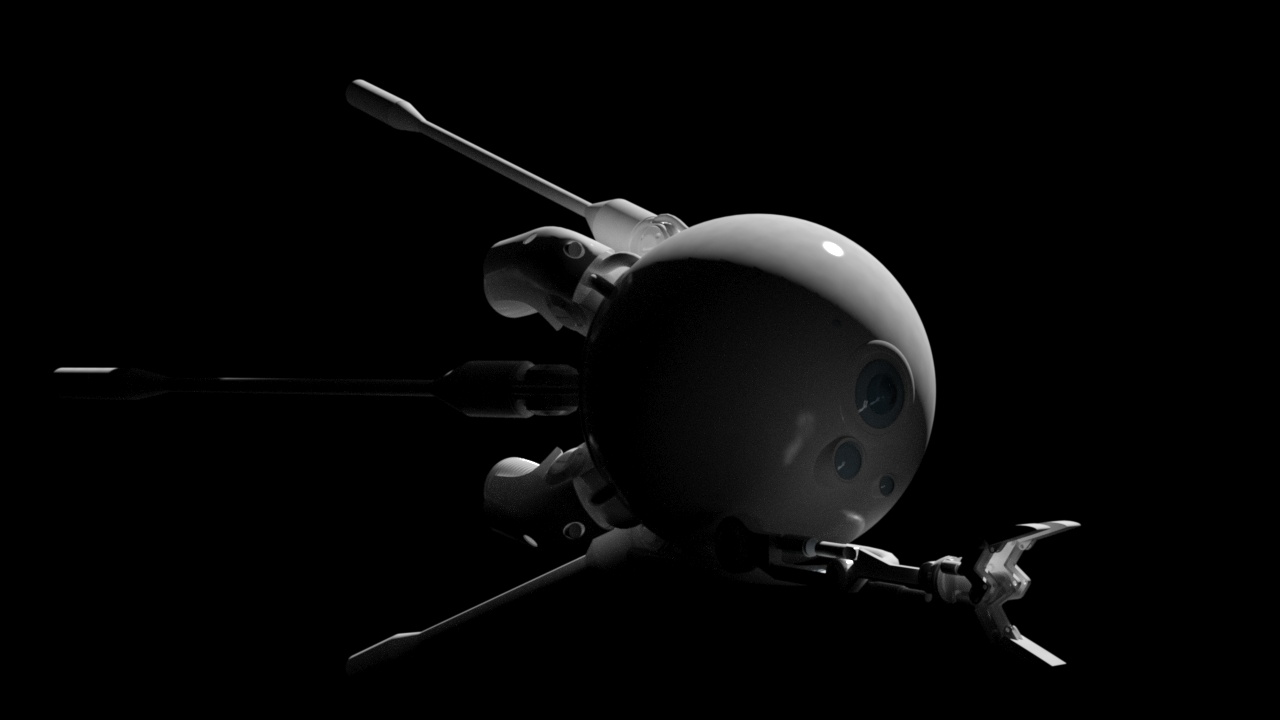 So the extra arm is in place. Next will be some fine detail, Bolt heads, pneumatic, piping wiring. This robot is meant to be working an asteroid belt, so with no planet to reflect sun the lighting’s super harsh. Materials are placeholder. I kinda like the glossy look. But I’ve noticed the real thing seems to be more matte. I’ll try some variations and see what works best. 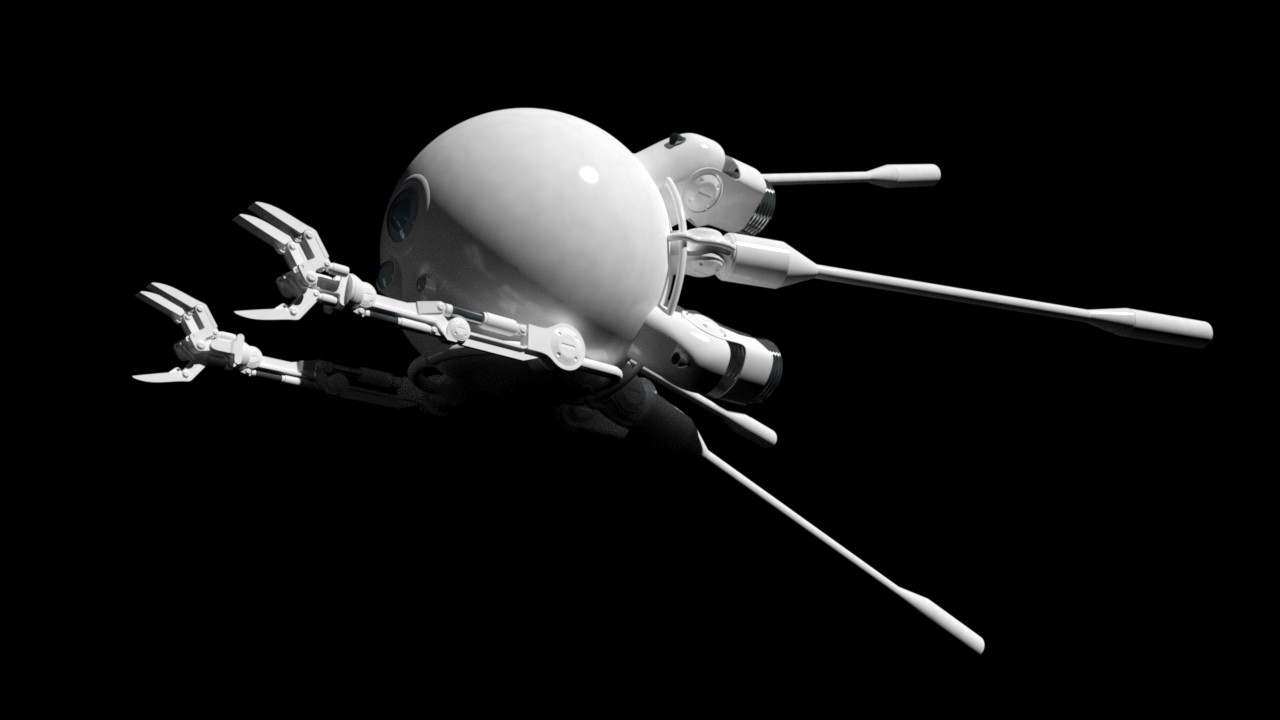 I found this quote in the guardians article ten rules for writing fiction. In it several well known authors listed their personal do’s and don’ts for writing in a few paragraphs. There are some gems of wisdom for any artist. Philip Pullman simply says.

‘My main rule is to say no to things like this, which tempt me away from my proper work.’

Which is kind of a cheeky way of saying don’t get distracted. For him it’s about rhythm. He writes 3 pages a day, no more, no less, and keeps going until it’s done. As an animator I appreciate this point of view.